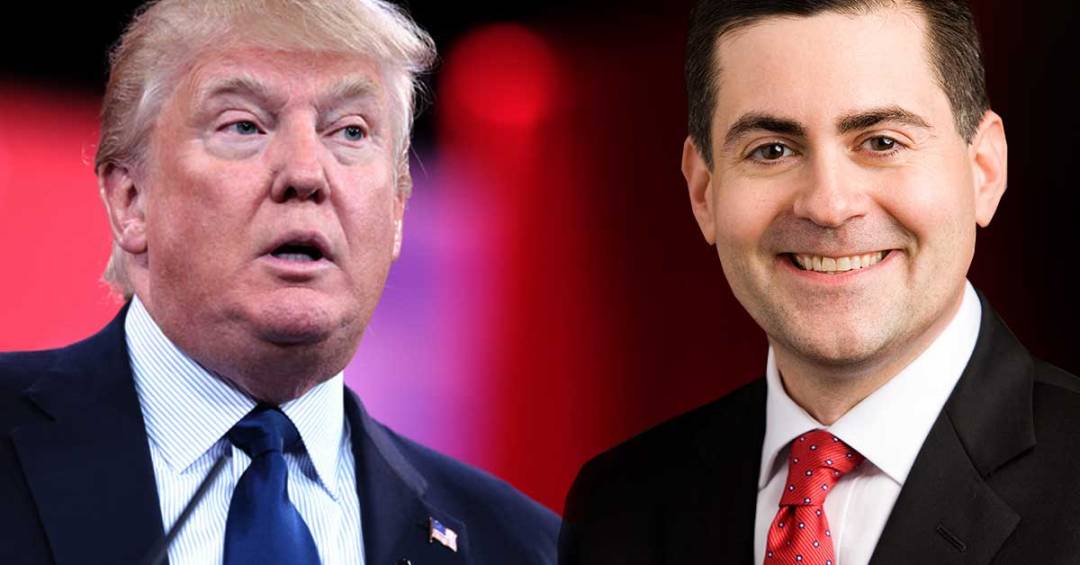 Not too long ago, Kate Shellnut of Christianity Today penned an article entitled, Is It Too Late for Russell Moore to Say Sorry?

This question, of course, is posed in the wake of many leaders in the SBC clamoring for his resignation, and perhaps the dismantling on the ERLC itself.

“With each TV news appearance and op-ed parsing the complicated evangelical vote in this year’s contentious election, fellow Southern Baptists took notice of Moore’s personal conviction against Donald Trump, his characterizations of Trump supporters, and the broader changes he’d implemented as president of the Ethics and Religious Liberty Commission (ERLC) of the Southern Baptist Convention (SBC) over the previous three years.

Some leaders critical of Moore’s stance are considering withholding their megachurch’s or state convention’s support of the ERLC (through the denomination’s Cooperative Program fund). They believe Moore does not represent their political views, and fear he will not be able to advocate for them on Capitol Hill after so vocally lambasting Trump.”

I personally am one who stands on the side of Rusell Moore on this issue, and while I appreciate his willingness to provide added context and clarity to his comments, I don’t believe he owes an apology for speaking out against Trump.

Moore has done several things that should be commended, and, which demand no apology, including:

Russell Moore consistently pushed evangelicals not to water down the gospel for political reasons. In an interview with David Brody of CNN, Moore identified Trump as a “lost person” based on the fruits which were evidenced.

“My primary prayer for Donald Trump is that he would first of all repent of sin and come to faith in Jesus Christ,” Moore said. “That’s my prayer for any lost person.”

Moore repeatedly pointed to Trump’s statements that he did not feel the need to ask forgiveness for anything.
In addition to advocating gospel clarity, he implored Christians leaders to be more discerning in who they affirm.
In an interview with CNN’s Erin Burnett regarding Liberty University’s affirmation and promotion of Donald Trump as an evangelical, Moore said the following,

Standing against the casual acceptance of sexual abuse.

In the wake of the Access Hollywood tape being released – in which Trump bragged about assaulting women and grabbing them by their genitals – many evangelicals defended his actions as “locker room talk.”

Evangelical leaders like Robert Jeffress, Jerry Fallwell, Jr., and others expressed their displeasure with the tapes, but ultimately downplayed it and continued to endorse him.

Some had a similar response to Ralph Reed, the founder and chairman of the Faith & Freedom Coalition, who said,

“People of faith are voting on issues like who will protect unborn life, defend religious freedom, grow the economy, appoint conservative judges and oppose the Iran nuclear deal, in their hierarchy of concerns, an 11-year-old tape of a private conversation with a talk show host on a tour bus ranks very low.”

These dismissive statements by well-known evangelical leaders downplay Trump’s proud legacy as a playboy and serial adulterer and even worse, intentionally sweep years of abuse allegations against Trump and his comments objectifying girls as young as ten years old, and even his own daughter.

Spreading the Gospel on national television.

Moore’s comments on Donald Trump earned him many critics, with Trump himself being one of them.

Donald Trump famously declared Moore to be a “nasty guy” on Twitter.

Moore responded on CNN by saying,

“I am a nasty guy with no heart, we sing worse things about ourselves in our hymns on Sunday mornings. We’re a wretch in need of God’s grace… That’s the reason why I need forgiveness from God through Jesus Christ.”

Evangelical leader @drmoore responds to Trump calling him a "nasty guy with no heart" https://t.co/YZ32bCBsdM https://t.co/sFD1Ne80Ef

Moore has time and again drawn the public eye to the Gospel in this manner, and, unfortunately, has been one of the few evangelical leaders to do so.

For these three reasons, and countless others, #IStandWithMoore, and you should too.