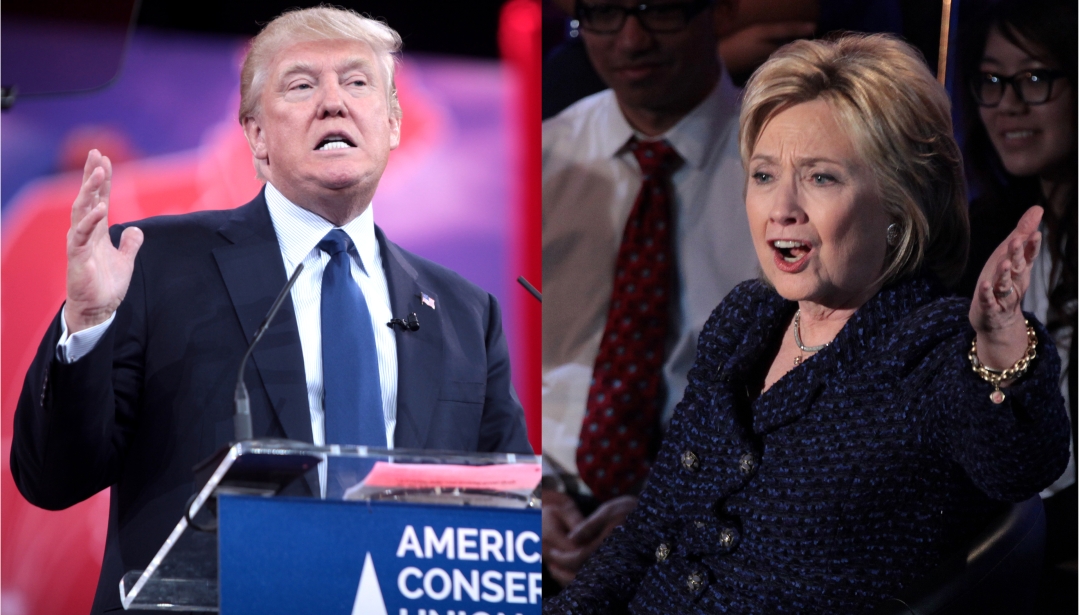 Unless you have been completely isolated from society for the past week, you have heard or, at the very least, heard of the leaked tapes which revealed presidential candidate Donald Trump discussing in a jovial matter the aggressive sexual assault of women, as well as his attempts to pursue adulterous relationships. He was met with outrage from both sides – liberal and conservative.

When asked about this conversation during the second presidential debate, his response was that “if you look at Bill Clinton, mine are words and his were actions,” and stated, “this is locker room talk. You know, when we have a world where you have ISIS chopping off heads, where you have — and, frankly, drowning people in steel cages, where you have wars and horrible, horrible sights all over, where you have so many bad things happening, this is like medieval times. We haven’t seen anything like this, the carnage all over the world.”

While many have noticed the massive deflection of the question by Trump, few have seen it’s true significance.

What is revealed in both the secular outcry against Trump as well as in Donald Trump’s response is the subjectivity of our culture’s morality.

Jeff Durbin once stated in a debate about the existence of God that, “If ‘so what’ is a devastating critique of your worldview, it is not a worldview you should hold onto any longer.”

From the get-go, allow me to say definitively that what Trump did was wrong, sinful, and flat-out disgusting. I have authority to say this because, as Christians relying on God’s Word as the foundation of our beliefs, we can objectively say that Trump’s words and supposed actions are wrong – wrong because they violate God’s commands regarding faithfulness in marriage, the protection and honor of women as the weaker vessel, and a common respect to those made in the image of God.

“If ‘so what’ is a devastating critique of your worldview, it is not a worldview you should hold onto any longer.” – Jeff Durbin

“Trump talked about assaulting women.” So what?

“Trump had affairs.” So what?

“Trump is perpetuating rape culture.” So what?

From a secular, evolutionary, humanistic worldview, there is no answer to the question ‘so what’.

Without appealing to an objective moral standard, there is no standard by which to make truth claims or judgements regarding anything.

“From a secular perspective, there simply is no objective standard as to why Trump’s words were wrong in the first place.”

Furthermore, Trump, who is also operating from a secular worldview, has no defense for his actions but that of comparison. As shown in his quote earlier, he resorts to comparing his deeds to those of Bill Clinton and even ISIS.

This is a trap that every person operating outside the Christian worldview cannot escape.

The Bible says, “Do you suppose, O man—you who judge those who practice such things and yet do them yourself—that you will escape the judgment of God? Or do you presume on the riches of his kindness and forbearance and patience, not knowing that God’s kindness is meant to lead you to repentance? But because of your hard and impenitent heart you are storing up wrath for yourself on the day of wrath when God’s righteous judgment will be revealed.” – Romans 2:3-5

Donald Trump relied on justification by comparison, and while this may be sufficient for some of his supporters, it is ultimately not a sufficient defense of his innocence. One day, like all of us, Donald Trump will stand before a sovereign, almighty, and – ultimately – Holy God. No matter what atrocities others have committed, Donald Trump will be unable to point to them as an excuse for himself. Unless he chooses to repent and believe the Gospel, in God’s eyes, Donald Trump is equally as guilty as ISIS, an unrepentant Bill Clinton, or any other sinner he could name.

Deflecting guilt is not sufficient for our justification, but rather heaps judgement upon us.

“Unless he chooses to repent and believe the Gospel, in God’s eyes, Donald Trump is equally as guilty as ISIS, an unrepentant Bill Clinton, or any other sinner he could name.”

However, in a situation like this, outside of accepting God’s law as the moral standard, Trump is locked into an endless cycle of simply trying to look better than everyone else; and everyone else has no real standard by which to claim Trump’s actions are wrong.

Without acknowledging the Bible as the final authority, one cannot make any truth claims – behold the chaos of modern politics, culture, and philosophy.

Eric is a blogger, videographer, designer, and full-time missionary with Rooftop Missions. While in the US, he works to raise support to help fund pastors and orphanages in closed countries. When he is traveling internationally, he provides leadership training for national pastors, as well as documenting the trips through photography and video.